Thousands of seabirds dying along the coast of B.C.

Published: Friday, February 24, 2006
Countless thousands of seabirds are mysteriously washing ashore dead along the B.C. coast this winter from the west coast of Vancouver Island to the Queen Charlotte Islands.

"It's spooky to see them coming in like that," Pete Clarkson, assistant chief warden at Pacific Rim National Park Reserve at Long Beach, said Thursday in an interview.

The massive die-off of seabirds this winter follows the near-complete failure of at least two seabird nesting colonies last spring.

Curiously, up to 200 of the gulls successfully bred at Florencia Islet north of Barkley Sound, a colony that might have benefitted from its location just two kilometres from a local garbage dump.

"That's the only thing I can think of," Clarkson said. "It's a strong suspicion."

Thousands of seabirds were also reported washing ashore or breeding with poor success on the U.S. Pacific coast between California and Washington, including the mass starvation deaths of murres on Tatoosh Island off the Olympic Peninsula.

U.S. scientists speculate the deaths may be associated with warmer weather and changes in winds and currents that might have reduced the availability of the birds' marine food.

Clarkson said the first wave of seabirds, red phalaropes, began washing ashore in large numbers around last Christmas on the beaches of Pacific Rim park. The small shorebirds looked emaciated. "They appeared to be starving, minimal body fat," he said.

Northern fulmars, western grebes, common murres, and rhinoceros auklets were among the seabird species that washed ashore at the Carmanah light station.

Clarkson noted that a similar die-off of phalaropes occurred about three years ago. An examination of their gizzards found plastic pellets or nodules produced for manufacturing consumer products. These pellets find their way into the ocean only to be ingested by seabirds feeding on the surface.

While these plastics pose an environmental and ecological problem, they are not thought to have caused the death of the phalaropes, Clarkson said.

Then, after last Christmas and into January, large numbers of Cassin's auklets began washing ashore on the west coast of Vancouver Island. "I sense it's specific to a food source, or somehow a problem in that food web," Clarkson said.

Surveys found three to seven dead auklets per kilometre on beaches in the park.

The total number of birds dead all along the coast would have ranged into the thousands, he said.

Various bird carcasses have been sent to the provincial lab in Abbotsford for analysis, while federal scientists with the Canadian Wildlife Service in Delta and Sidney gather information in an effort to find the cause of the massive die-off and consider the implications on overall populations.

more...
Posted by aquagreen at 11:35 am 2 comments:
Email ThisBlogThis!Share to TwitterShare to FacebookShare to Pinterest

The Whale Watch Operators Association Northwest has updated their
2006 Guidelines and Best Practices for Commercial Whale Watching Operators
Posted by aquagreen at 10:19 am 2 comments:
Email ThisBlogThis!Share to TwitterShare to FacebookShare to Pinterest 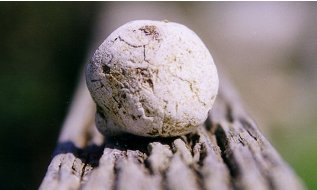 An Australian couple who picked up an odd-looking fatty lump from a quiet beach are in line for a cash windfall.

Leon Wright and his wife took home a 14.75kg lump of ambergris, found in the innards of sperm whales and used in perfumes after it has been vomited up.

Sought after because of its rarity, ambergris can float on the ocean for years before washing ashore.

At first, Mr Wright and his wife Loralee left the strange lump on the beach where it was found.

However, two weeks later the couple returned to Streaky Bay and found it still lying there. Curious, Mrs Wright persuaded her husband to take it home.

Found in warm water oceans around the world
Bile secreted by sperm whales as a digestion aid
Solidifies and floats on water, sometimes for years
Used in perfumes, medicines, flavourings
Banned in US under endangered species legislation

Internet investigations failed to resolve the mysterious matter of the lump's identity, so the couple turned to local marine ecologist Ken Jury for help. "I immediately decided it was ambergris - it couldn't be anything else," Mr Jury told Australia's ABC radio.

Mythologised for thousands of years, ambergris has been referred to as "floating gold" by scientists and scavengers who long for a windfall amid the surf.

Expelled from the abdomen of the giant sperm whale, often while hundreds of kilometres away from land, ambergris is a natural excrement thought to be used by the whale as a digestion aid.

The hard beaks of giant squid, a main source of food for the whale, have often been found inside lumps of ambergris.

Initially, ambergris is a soft, foul-smelling waste matter that floats on the ocean.

But years of exposure to the sun and the salt water of the ocean transform the waste into a smooth, exotic lump of compact rock that boasts a waxy feel and a sweet, alluring smell.

"It's quite remarkable when you think about it, because when the whale throws this out, it's discarded material that they can't digest," Mr Jury explained.

"[But] after 10 years, it's considered clean and all you're getting then is the wonderful musky, very sweet perfume, which I've got to say is ultra smooth - it's unbelievable."

http://news.bbc.co.uk/2/hi/asia-pacific/4642722.stm
Posted by aquagreen at 8:47 pm 2 comments:
Email ThisBlogThis!Share to TwitterShare to FacebookShare to Pinterest