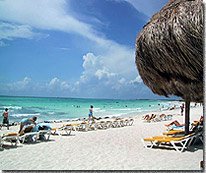 I'm off to Mexico for a week...thanks Orcagirl and Friends!!!
Posted by aquagreen at 12:09 pm 2 comments:
Email ThisBlogThis!Share to TwitterShare to FacebookShare to Pinterest 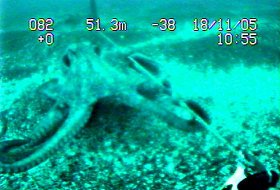 VICTORIA -- A giant Pacific octopus that attacked a remotely operated submarine off north Vancouver Island could have been senile or maybe just peckish, said a marine biologist yesterday.

"Large male octopuses in the last part of their lives become senescent, or senile," said Jim Cosgrove of the Royal B.C. Museum.

"They get to be like humans, doddering old fools that have inappropriate behaviours such as being out in the daytime," said Cosgrove, an expert in octopus behaviour, adding that it was probably trying to determine if the sub was edible.

The attack occurred on Nov. 18, 2005, off Brooks Peninsula, on the northwest coast of the island.

The Seaeye submarine was 55 metres below the surface. Mike Wood was on a boat on the surface, guiding it along the ocean floor while looking for electronic receivers that detect salmon.

"I had the ROV [remotely operated vehicle] with its manipulator claw attached on a ground rope," Wood said.

A tentacle shot forward very quickly and wrapped itself around the sub's manipulator claw, prompting Wood to immediately throw the sub into reverse and blast the octopus with sand and debris from the ocean floor.

On the video, the octopus whips its tentacles around as it tries to deal with the sub's counterattack.

"Eventually, it releases the vehicle and it gets blasted off into the distance," said Wood. The octopus was not injured, he said.

The Province, Page A28, 26-Jan-2006
Posted by aquagreen at 12:05 pm 2 comments:
Email ThisBlogThis!Share to TwitterShare to FacebookShare to Pinterest 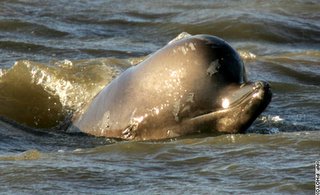 Race to save whale in London

LONDON, England -- It's a whale of a tale -- a bottle-nosed whale swimming up the River Thames past Big Ben and Parliament on Friday as rows of worried Londoners looked on.

The northern bottle-nosed whale was spotted in central London in the afternoon -- the first sighting in the river since whale-watching records began in 1913 -- as it flailed around the murky waters of the Thames, stirring up patches of what looked like blood as seagulls hovered above and rescue boats stood on the ready.

Witness Tom Howard-Vyne said he saw the mammal swim under Westminster Bridge, near Big Ben. "I saw it blow. It was a spout of water which sparkled in the air," said Howard-Vyne. "It was an amazing sight."

Other witnesses reported seeing a second whale in another part of the river Friday, and marine experts spotted two disoriented whales off northeastern Scotland last week, suggesting something was causing bottle-nosed whales to become confused.

"It is a race against time to save the animal," said Alison Shaw, marine and freshwater conservation program manager at the Zoological Society of London.

A small armada of rescue boats made frantic searches for the whale, which disappeared from view around sunset after diving under the surface of the water. (Scenes from a whale's time in London)

Crews barricaded a section of river in an attempt to force the animal to change course and reports Friday evening claimed the mammal may be heading for safety.

Britain's Maritime and Coastguard Agency said the whale was last seen at Chelsea Bridge -- further downriver from earlier sightings, meaning the animal could be moving back out to sea. (See where the whale has wandered)

"A whale in the shallow water of the River Thames is like a human lost in the heat of the Sahara desert," said Laila Sadler, scientific officer at the Royal Society for the Prevention of Cruelty to Animals. She estimated it could survive only for 24 to 48 hours in a river that has an average depth of between 26 feet and 20 feet.

"It also seems to be in distress, it has made two seemingly deliberate attempts to beach itself," Sadler said.

Witnesses reported seeing injuries to the mammal, claiming its snout was bloodied. Photos also appeared to show damage to one of the whale's eyes and a number of cuts to its torso, though Sadler said these are not uncommon.

Several onlookers jumped into the river's 48-degree water -- after the mammal emerged, splashing to coax it away from shore.

The whale -- which is about 17 feet long -- is normally seen in the deep northern Atlantic, traveling in pods. They can reach 26 feet long -- the size of a red double-decker London bus.

When sick, old or injured, whales often get disoriented and swim off from their pod, said Mark Simmonds, science director at Whale and Dolphin Conservation Society, although witnesses reported seeing a second whale in a different section of the river Friday.

Scientists have said fluctuating ocean temperatures, predators, lack of food and even sonar from ships can send whales into waters that are dangerous for the mammals.

"It's going to be very confused. It's already stranded twice. The poor creature doesn't know where to go," said Tony Martin, a senior scientist with the British Antarctic Survey.

The whale drew hundreds of people and scores of television crews to the river's banks and captivated Londoners who called radio and television stations asking if they could help.

London's Natural History Museum said it was the first time a northern bottle-nose has been sighted in the Thames since it began records in 1913.